By Phil Sim in Media News on Thursday, 31st July 2014 at 10:47am
Andrew McMillen wouldn’t be the first journalist to say that his professional career led him to drugs. However, McMillen’s drug story is not the stereotypical tale of misery or ruin, rather it’s one that has resulted in the publishing of his debut book, Talking Smack, and thrust him into the national spotlight. Over the past week, McMillen has appeared on breakfast television promoting his book and chapters of Talking Smack have been re-published in the national press.

The book chronicles the drug-taking experiences of 14 prominent Australian musicians, including Paul Kelly, Tina Arena, Gotye, Grinspoon’s Phil Jamieson, and Steve Kilbey from The Church. McMillen said he deliberately shied away from any central narrative or through-line, rather each story is presented as its own, compartmentalised narrative - without judgment or comment.

“The book is about honesty and shedding light on what is typically considered a dark topic, exploring the shades of grey of an issue that is usually painted in black and white,” McMillen said.

Of course, any discourse on drugs - particularly one that doesn’t adhere to the culturally-dominant negative perspective -  is bound to be controversial, as McMillen has already discovered.

“I went on morning television on Channel 7 and one of the hosts essentially accused me of glamorising, or advocating for, drug use,” McMillen said.

“What the book is advocating is a healthy discussion about drugs as a lifestyle choice. If we can more freely discuss why people use drugs, then those people who have a problem with drugs will feel they’re better able to talk about it, rather than society isolating them and pushing them into the shadows,” he said.

McMillen’s own experiences with drugs are relatively recent, and trace directly back to some of his early journalism work.

A 2009 graduate of the the University of Queensland, McMillen’s early journalism was primarily centred around two of his primary personal interests - music and gaming.

In 2011 he penned a breakthrough piece for gaming website, IGN, which detailed the turmoil behind the creation of Australia’s most expensive video game production, L.A. Noire. With a taste for feature-length work with a tech bent, McMillen then dived into an investigative feature for Australian Penthouse about Silk Road, an online marketplace for illicit drugs.

Originally conceived as a Gonzo piece, McMillen received legal advice that it would not be a good idea to make himself the topic of a piece on illegal activity. Instead, he  tracked down an Australian user of the site to explore the inner-workings of Silk Road to show how illegal drugs like MDMA and cocaine could easily be acquired using the website and the Australian postal system.

“Up until that point, and even in reporting that story, I was still very fearful of drugs and what they could do to you but as I read more, I came to understand that the people who run the site and who posted to the forums were intelligent, rational people who just happened to like taking something that their government had deemed illegal”.

That story, McMillen said, started to change his perception about drug use and for a Rolling Stone piece on “smart drugs” or Nootropics, McMillen made himself the subject of the story, detailing his experiences with various substances.

Soon after that article, University of Queensland Press (UQP) came knocking on McMillen’s door asking if he was interested in writing a book for them. At that stage, McMillen admits he was in the midst of a “naive honeymoon” stage of experimenting with recreational drugs and he decided it was a topic he’d like to explore further, by focusing on the intersection of drugs and music.

UQP liked the idea and so McMillen made a wish-list of more than 100 musicians he thought he’d like to interview, with that number eventually whittling down to the 14 performers that feature in the completed book.

“I was very up-front with my initial request I sent through,” McMillen said. “The fact that I already had a book deal with a well-known publisher gave it legitimacy and I explained that I believed drug use had been stigmatised and demonised in public discourse, and that I wanted to hear about users talking honestly about the topic.”

“I think that helped get it across the line,” he said.

McMillen interviewed some of the musicians as they breezed through Brisbane on tours, and made numerous trips interstate for the rest. All-in-all, though, he said he found the book-writing experience surprisingly easy.

“I viewed the process as almost identical to my journalism work, and the way I structured the book as stand-alone narratives of 3000 to 6000 words actually made it pretty easy to juggle each of the book’s chapters with my other work,” he said.

Talking Smack’s 15 chapters total some 70,000 words, which McMillen said he managed to produce by devoting an hour each day to the project.

“I think dipping in and out each day and taking one step at a time meant that I never became sick of it,” he said, nor did it interfere with his regular freelance assignments. And he encouraged other journalists to try their hand at the book-writing experience.

“Absolutely do it, this has been the greatest achievement of my career - to talk to all of these musicians about a topic I’m so interested in, it’s just been a thrill.”

McMillen intends to keep investigating the drug scene and has a number of magazine stories planned, centred around the issues of drug production and distribution. And he hopes that the book acts as a “conversation starter” that might help educate others as to the pros and cons of drug use.

Indeed, he said of all the quotations that came out of the book, the one that really stayed with him came from Paul Kelly - who took heroin recreationally for over 20 years.

“Paul Kelly said that if you don’t respect drugs they won’t respect you,” he said. “Be careful and cautious and respect what you’re putting into your body because these are powerful substances that can take control of your life”.

Daniel Van Boom has landed three nominations at this year's Lizzies.
Landing a story with Jessica Sier at The Fin

Jessica Sier explains what she is covering after her return to The Australian Financial Review. ... Show more
Gillezeau thankful for Lizzies nomination 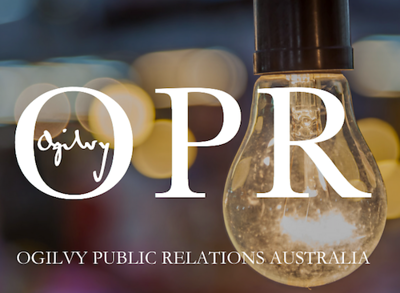