The Nine network has officially ended The AFL Footy Show.

Network managing director for Melbourne Matt Scriven said following last night’s episode that flagging ratings have plagued the show since the start of the season. The latest metro viewer figures this week put The Footy Show at 173,000 against 606,000 for Seven‘s The Front Bar.

Despite the end of The AFL Footy Show after 25 years and 735 episodes, Scriven said Nine will still support the AFL by continuing Footy Classified and the Sunday Footy Show.

The reaction among former staff did not take long in coming.

Crocmedia CEO Craig Hutchison, who was a former host and news reporter for three years, said the show could have done better by concentrating on quality content instead of watching the ratings.

Garry Lyon, who hosted from 2006 to 2015, said the sudden cancellation was a shock, considering current co-host Neroli Meadows signed off with “Thanks for watching, see you next week.”

The biggest condemnation, however, came from pioneer host Eddie McGuire.

“My heart goes out firstly to all the crew, to the many people who today wake up today. Melbourne production is very important, it’s something I fight hard for. We’re losing a lot of it, it was one of the last big shows done in Melbourne. There’s a lot of people, maybe in the media, who will death ride the show and maybe enjoy giving it the last kick. I hope they don’t do that because it’s put a lot of kids through school and put meals on tables,” read part of his statement over Triple M Hot Breakfast today.

The axing of the AFL Footy Show follows the 2018 decision by Nine to end its NRL counterpart.

The sale, which is expected to be completed by the end of this week, includes a lease-back to Stuff for a printing plant Nine uses in Wellington and the sale of ISP Stuff Fibre. However, 25 percent of the Stuff Fibre proceeds will be remitted to Nine; the rest of the money will be temporarily used to keep Stuff afloat over the next three years, after which a corresponding amount will be processed to Nine.

Stuff became a Nine subsidiary after the conglomerate’s merger with its parent firm, the former Fairfax Media, in 2018.

“Today is an important moment for Stuff as a business. It is great to take control of our own future with the move to local ownership and the opportunity to build further on the trust of New Zealanders, who turn to us for local and national news and entertainment every day,” said Boucher.

She is leaving to undertake more freelance work.

Perth no limit for Game On AUS growth

There’s not many tech or games outlets that call Western Australia home. The industry across both the media and PR sides of life are deeply East Coast centric, and ‘out of sight, out of mind’ can be an all too real impediment to access.

So it’s nice to see the growth of the Game On AUS (GOA) brand as the radio show slash podcast slash Qantas in-flight entertainment option has started to build an increasing presence through its website and online community.
Influencing caught up with Pete Curulli, Director and co-host of GOA, who also hosts Perth breakfast radio on 92.9 HitFM and also recently became a manager of a League of Legends Oceanic Pro League esports team just in case he wasn’t busy enough. Pete talks about GOA’s efforts, the challenges and strengths of being based in Perth, and how he feels PR can work best with GOA and its community.
Take us back to the start - how did GOA start and how did it develop to wher
READ THE FULL STORY

For the past five years Brendon Foyehas regularly been seen on CRN bylines until two months ago when he made the switch to public relations.

Starting at M+C Partners last Monday, Foye said the transition was something he had been thinking about for a while.

“I guess it's a tale as old as time in this industry of journalists moving to PR and it's something that was on the cards for a while. It was just a case of having an opportunity to move on and jump ship and I found something really interesting to sink my teeth into,” he said.

While the switch from journalism to PR is a regular occurrence, it’s the first time Foye has worked on the other side of the phone and it’s something he’s still getting used to.

“Just starting off getting trained in PR, I haven't done any of it before. For now it's a fair bit of content creation which I'm obviously used to being a journalist.”

While at CRN, Fo
READ THE FULL STORY

Print IT! May consumer magazines round up

APC
A worthy nostalgia trip is the big focus of this 40th anniversary special, and the interviews with Tony Sarno, David Flynn, Roulla Yiacoumi, Ashton Mills, Nathan Taylor, Angus Kidman, Dan Gardiner, Darren Yates, and the OG Editor himself, Sean Howard, is a great trip down memory lane whether you every wrote a word for the mag or not. Pages from the original edition also appear, and an office photo collection is also quite a trip - indeed both Kidmans are pictured with hair!

But it isn't all looking back this month. There's some new laptop reviews, with the Asus ROG Zephyrus G14 reviewed by Joel Burgess scoring a five star Hot Product award. Plus a wealth of free software suggestions, lots more hardware and software reviews, and a great deep dive (pun makes sense if you see it) on DLSS graphics technology and what it's doing for game imagery.

Choice Computer
Choice goes big on security and peace of mind in its latest edition. Features on keeping your PC
READ THE FULL STORY

He will join Ellie Mobbs and Jason Roses in the weekend breakfast show and run the afternoon show on weekdays.

Ruthven came to Canberra after finishing almost three years with Ace Radio, with his last assignment being the mornings announcer/digital content coordinator at TRFM in Gippsland.

“Definitely working in a competitive market like Canberra, that’s full of people like myself who have moved here to continue their careers. From what I’ve seen in the past week since arriving, it’s a very modern, clean city that embraces a fresh face to the nation’s capital, which has been a huge positive with settling in to my new home!” said Ruthven of his move.

New clients are in at MrC.
Mkt introduces Ministry of Work 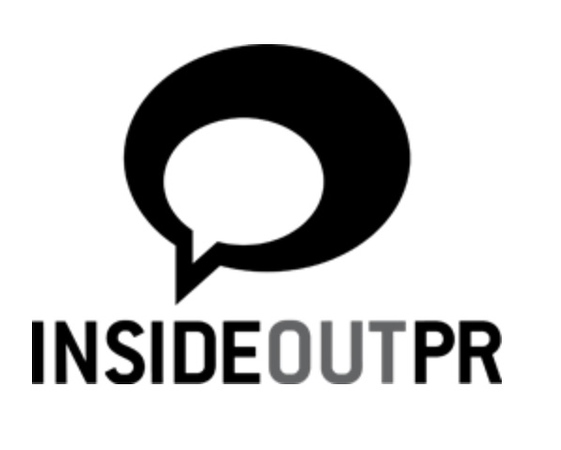 InsideOut PR is hitting the hay at White & Green.