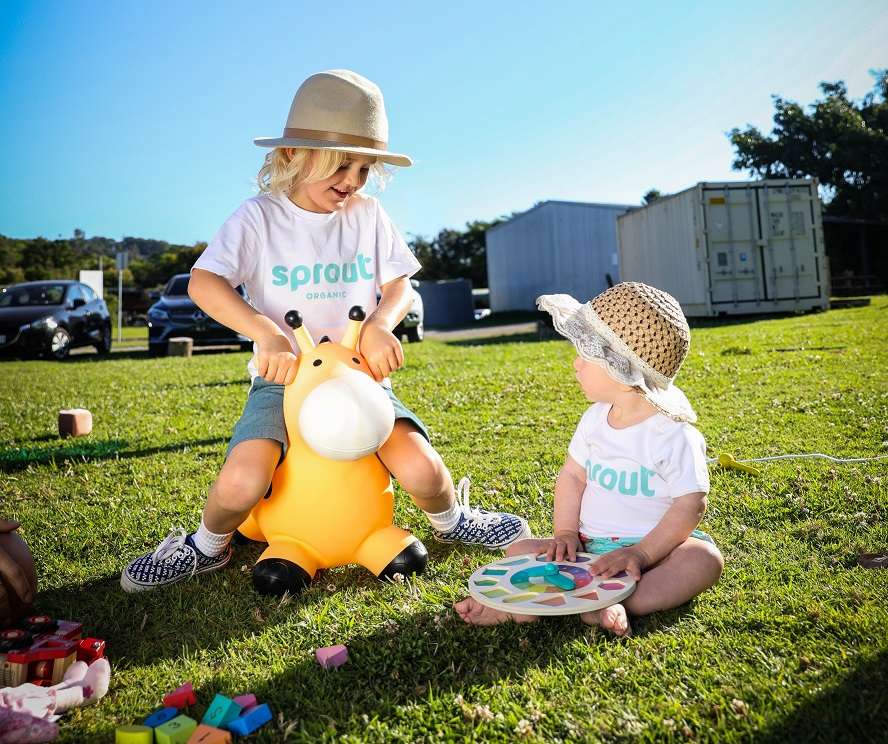 Event Details: Participate via gold coin donation to Feed the Little Children. All participants will receive a prize and there will be three major prizes. All families welcome. Participants must have adult supervision. Best suited for kids aged 4-12.

“We’re thrilled to be hosting a fun family event for a good cause”, said Berdie. “Ensuring that kids have access to nutritious food is a cause which aligns very deeply with our mission and we admire the work that Feed the Little Children does to provide emergency hunger relief for kids in Australia”.

“100% of raised funds from this event will be donated to Feed the Little Children, and we’ll also be donating some boxes of our new healthy snack bars to kids in need” Berdie added.

“It’s been a while since we’ve been able to enjoy a fun community event like this and we’re excited to bring some well-needed smiles to kids’ faces and get them out in the fresh air to make a happy memory in honour of World Children’s Day”.

Sprout Organic is the first plant-based kid’s nutrition company to launch in Australia. Advised by leading paediatricians, dietitians, and food technology experts, its first commercial product will be a healthy kids snack bar range launching this November, followed closely by a plant-based toddler, infant, and follow-on formula in 2021. The forecast for Australia’s plant-based food industry shows tremendous growth, with the CSIRO estimating the plant-based foods market to be worth more than $6 billion by 2030 positioning Australia as the third fastest growing market in the world.

Sprout Organic is an Australian plant-based kids nutrition company based in the Gold Coast, Australia. Its vision is to provide children and their families with access to nourishing plant-based food products across the globe, starting right here in Australia.

World Children’s Day was first established in 1954 as Universal Children's Day and is celebrated on 20 November* each year to promote international togetherness and improve children's welfare. November 20th is an important date as it is the date in 1959 when the UN General Assembly adopted the Declaration of the Rights of the Child. Since 1990, World Children's Day also marks the anniversary of the date that the UN General Assembly adopted both the Declaration and the Convention on children's rights. World Children's Day offers each of us an inspirational entry-point to advocate, promote and celebrate children's rights, translating into dialogues and actions that will build a better world for children.

NOTE: Sprout Organic’s Treasure hunt event will be held one day after the official World Children’s Day on Saturday, November 21st, so more Gold Coast families can enjoy the event.

About Feed the Little Children

Feed The Little Children is an Australian charity which cooks and delivers over 600 hot, healthy meals a week to highly disadvantaged children in Australia, while also employing measurable, outcomes based, self-capacity building projects that bring change to intergenerational cycles of poverty and neglect. Hunger destroys hope, and Feed the Little Children is seeing new confidence, joy, and optimism in the children they support.